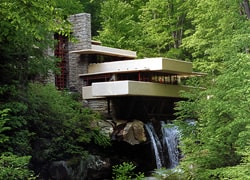 Having tapped into some newfound power, being that I was learning a more powerful web editor and graphics program, I was now fast becoming a web guy. I not only started maintaining the website for the company I worked for, but I also started picking up more projects via friends and acquaintances.

I was by no means a stud web designer back then, but I did have some chops. What I lacked in experience and expertise, I made up for with an eye for appealing design and detail. Most importantly, I built sites that worked, which is something that a lot of designers unfortunately overlook. 😉

As I dug down deeper and deeper, trying to acquire more knowledge and learn new techniques, I continually dealt with the frustration that I’d imagine most web developers face. The more I learned, the more I realized how much I didn’t know, and how far behind I was in this industry’s curve. This was no doubt a confidence shaker, but I still felt like I had something most others did not — an inherent eye for aesthetics and a passion for designing good websites.

At this time, I was in my early thirties and still gainfully employed. My full time job as an independent record store manager was paying the bills, with web design being more or less a hobby that was earning me a few extra bucks here and there. It was a cozy spot to be in, but it was also around this time that I thought… “I may just want to be a web developer when I grow up”. Although living the dream of managing a record store was quite the gig, I knew that I needed to challenge myself and take that eventual next step on my career path. Not to mention… it was pretty clear that the mom and pop record retail biz was in its twilight.

Knowing that I needed to beef up my arsenal of web skills if I was to pursue a new career, I continued on with a part-time education. I took additional courses on Dreamweaver, Flash and PhotoShop, plus I spent countless hours of my own time scouring the internets for resources, advice and other teachings. Much of what I know is self-taught, but it’s likely that I wouldn’t be where I’m at today had I not taken the initiative to get my ass back in school. A classroom education is invaluable when it comes to giving you that needed push, not to mention the mindset it instills when you’re surrounded by other like-minded people.

Next: Becoming a web services provider & Taking the leap