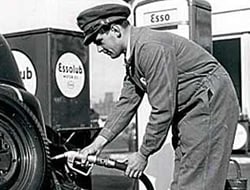 While I was taking classes at the local institute for higher learning (aka Community College), I met a fellow student who not only developed sites, but offered customers other services as well, such as web hosting. I thought…. man, that’s what I need to be doing. Nearly every person coming to me for web design services was also in need of web hosting. It made sense to be able to offer hosting as well.

This full serve approach to developing a web presence really appealed to my customer care sensibilities. I’ve always been a strong believer in good customer service, so I figured if I could handle design for people, along with nearly all of the related services, I’d really start to carve a niche for myself — within my local area, anyway.

Disclaimer: The following information is based off of past experiences and is not intended to be interpreted as a review of either company’s current services or support. It’s been a long time since I’ve dealt with either APlus.net or ResellerZoom, so don’t necessarily let my words here influence your opinion of either company.

I did some research into becoming a hosting reseller and eventually decided to do business with a company called APlus.net. For a mere $60 per month, they granted me a 50% commission on all of the hosting plans that I sold. Seems like a huge ripoff nowadays, and actually it was back then as well — I just didn’t know any better. After a few months of being able to offer the value added service of web hosting, I was able to amass enough clients to just about reach a break-even point to cover my monthly $60 reseller fee. Woo Hoo!

APlus.net had a pretty good reputation back then, plus they had an aggressive marketing campaign. Their name was always coming up at the top of the search engine results when looking for hosting resellers. I ended up staying on with them for about 18 months before I jumped ship. Due to a major domain registration SNAFU, along with what I felt were unreasonable costs attached to added services, I started looking around for a new host.

After spending a bit of time looking for a new webhost to take care of my burgeoning hosting empire, I elected to sign on with a company called ResellerZoom. Their pricing and services were a major improvement over APlus.net, and their support was quite good to boot. They even offered a free domain reseller account, which APlus.net had wanted to charge me an absurd amount of money for.

By reducing my hosting overhead, I started seeing this partnership with ResellerZoom as a possible money-maker. It was then that I seriously started considering other ways of monetizing my available web services. However, the problem with me was… I was too nice. Rather than make money with these added services, I instead wanted to give all of my friends and colleagues good deals on hosting and domain registrations. End result… I still wasn’t really making any money.

Although I wasn’t profiting all that much from being a hosting provider, I didn’t care. It was nice for me to be able to offer web design and all of the related services, making me a one-stop solution for obtaining a web presence.

Unfortunately, after only a few short months of being with them, ResellerZoom’s US based phone support was removed. This was a real drag, as it had been a real selling point of theirs. It was really nice knowing that I could pick up the phone at any time and contact one of their support staff in the event of a problem. Regardless, I stayed with them since they had been a pretty good company for the first few months.

However, for the next several months, I found their service and support to be very much on the decline. Downtime and various problems started cropping up more often than I was comfortable with, and the support eventually began looking like it was outsourced. After perusing some web hosting forums, I quickly realized I wasn’t alone in my dismay over ResllerZoom and their declining service and support.

Once again, it was time to find a new webhost…